Do you need a delicious, healthy, guilt free, raw, natural energy bar? Not only do I have what you need, I have what you WANT. This bar is scrumptious!I had a bar similar to this at Whole Foods this week. It looked absolutely divine so I couldn't resist. Apparently when I took the first bite, I made a weird face. Allyson asked me how it was & I said, "interesting".

I am learning as I try new things that my brain expects a sugary, processed flavor & when I don't taste that....the first thought is that it is not good or interesting at best. So, I have promised myself that I will not make any decisions until the second or third bites.

I took a second bite & I thought, not bad. Then the third, fourth, & all subsequent bites, I could barely stop myself. It is a good thing that I only purchased four little chunks & drove off before the tasting. Otherwise, I could have had a energy bar overdose.

Since Emily's website over at This Rawsome Vegan Life has become my go to site, I thought I'd see if she had posted any similar energy bars that I could create my own from. To my pleasant surprise, she had. Her version is called "super food energy bars with cacao". Mine....well, I suppose it needs a name. I am open to any crafty suggestions that you have. 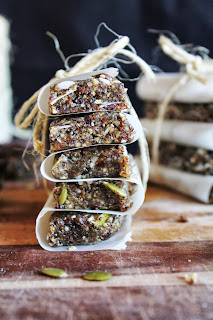 This was incredibly easy to make & was fun for Allyson & I to do together. I find that if the kids help, they are more invested in the final outcome & are much more open minded to trying new things. Brandon wasn't home when we came up with our creation so after eyeing it in the fridge, he asked what dessert we had waiting in the fridge. Score number one! He thinks it is dessert. Dessert is usually associated with thoughts of deliciousness.

We go into the kitchen & I take out the bars so that I can cut, store & taste our final product. Brandon doesn't leave my side. As I cut them, he lets me know that he expects one.....NOW. So I cut a little piece & then the initial fear sets in & he asks me to taste it first. Before I do, I explain my method of multiple bites before judging the recipe.

My first bite was much like the Whole Foods version. Interesting. For me, it was the same as my previous experience. The second bite was better & then it became a situation of restraint from eating the entire 12 bars in one sitting. Score number two!

Brandon took his first bite & I could tell that he had the same feelings when the taste hit his tongue. But he took the second bite anyway. That followed with, "Mmmm. It is really good". I asked him if he really meant it or was just being a sweetheart & didn't want to hurt my feelings. So he said, "Oh my gosh! Look over there!" When I did, he grabbed a chunk of the bar & was making a break for it! He duped me so that he could steal another piece. Score number three!

Now it was on to my biggest critic, Allyson. Although she helped me with the preparations, she seemed to think that every healthy addition to the mix was gross. I pretty much figured at that point that she didn't want to be in the same room with these bars. I explained my tasting methods to her & she took her first bite. Again, I would see that unsure look. She took a second bite & her facial expressions changed. It was when she voluntarily reached for that third bite that I knew she genuinely enjoyed it. Score number four!

For fear that the kids would eat all of the bars while I was at work today I mentioned that just because they are healthy, doesn't mean that you can just sit down & eat the entire pan. They are meant for a boost. I told them that this is the kind of thing that you eat if you are going to work out & Brandon said, "Then I will be working out!" Score number five!!! 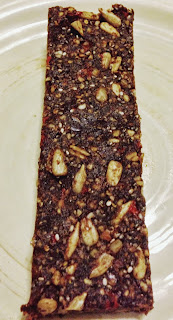 Throw the dry ingredients in your food processor, then add the dates and process until everything it starts to stick together. If too dry, add more dates or coconut oil. Put in the remaining dry ingredients you left out and mix in with your hands. Press into a lined pan and set in the fridge for an hour or more. Cut into bars and store for up to one week.

I am realizing more & more with each passing day how we influence our kids eating habits. If I go for an apple & almond butter, the kids will ask for me to cut one for them too. If I make a big salad for all of us instead of just myself, they will eat it. If we introduce chia seeds, flax seeds, raw cacao powder or other foreign, unprocessed, healthy items with a positive attitude....they will try it.

I challenge you this week to introduce ONE new item to yourself & your family. If we added one new thing every week, we would have experienced 52 new foods in a year's time. How incredible is that? They may not all be winners, but I bet at least half of them will. I am also finding that the healthier I eat, the less I crave "the bad stuff". When I do eat something that is not true to my daily eating habits, it doesn't even taste as good. So with each passing day, this journey gets easier & easier.

Aimee, love your blog post on the food energy bars! As I was reading I was thinking your children are going to live healthy lives, you're making sure of that which is awesome. I saw a documentary a few days back "Fat Sick & Nearly Dead". What an inspiring story that is. Now all I need is a food processor so I can start making those healthy snack bars!

Thank you for the feedback. I am trying my best to change how we think about food in this house. It isn't easy so for now, I am happy with baby steps. :)

Never Miss A Post (I'll send each one straight to your email.) 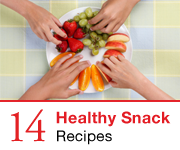 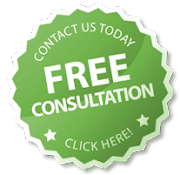 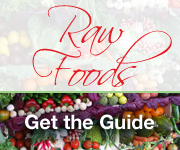 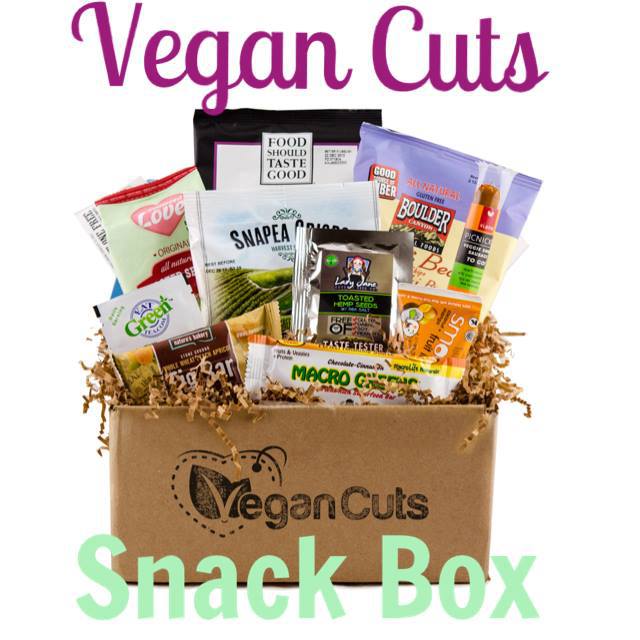 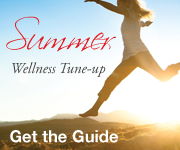